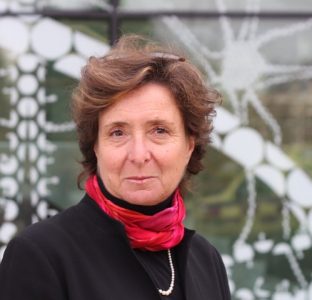 In line with celebrating the International Women’s Day on March 8, 2017, the YWCA-Metro Vancouver announced the nominees for the 34th annual Women of Distinction Awards. Please join us in congratulating Dr. Judy Illes, who was nominated in the category of Research & the Sciences.

A short summary of why Dr. Illes was nominated:

One of the mothers of neuroethics, Judy Illes established the first research centre in Vancouver devoted to neuroethics and serves as President of the International Neuroethics Society. Judy pioneered the field of neuroethics to align, and meaningfully advance considerations of ethics, law, culture and policy in promoting wellness and in preventing and treating illnesses of the brain and mental health. Her commitment to respect for persons, dignity and diversity permeates every aspect of her professional life of research, teaching and public outreach. A passionate advocate for equity and recognition for women, Judy received national attention when she stepped down from the adjudication committee of the Canadian Science and Engineering Hall of Fame in protest over the lack of action to ensure equity and diversity in nominations.

All YWCA Women of Distinction nominees are eligible to win the Connecting the Community Award, which raises vital funds for women and children across Metro Vancouver. Each nominee shares her cause and why it is important to her, through social media. The public votes online and the nominee with the most votes receives the Connecting the Community Award. Scotiabank then donates $10,000 to her chosen YWCA cause on the night of the Awards.

Online voting for the 2017 Connecting the Community Award will be open between Tuesday, April 4th and Friday, May 19th. Vote here:https://ywcavan.org/programs/women-distinction-awards/connecting-community-award

More about the YWCA Women of Distinction Awards

Recognized nationally, the YWCA Women of Distinction Awards honours individuals and organizations whose outstanding activities and achievements contribute to the well-being and future of our community. Every year, the YWCA honours outstanding and inspirational women in 12 fields across Metro Vancouver. This year the awards have 85 extraordinary women nominated for their impactful work in their fields.