Stroke of Luck: A Play by Jacques Lalonde

Watch Jacques Lalonde as he shares an inside look at how the brain works and the difficult road to recovery from stroke. The production hopes to show the value of reaching out to friends, staying positive and see some of the crazy exercises one has to do to get back to “normal.”

Stroke of Luck: A Play by Jacques Lalonde
8:00 PM, Wednesday, August 20, 2014 (doors open at 7:00 PM)
The Orpheum Annex
823 Seymour Street
*This show will be the preview before it is released at the Vancouver Fringe Festival in September, 2014. 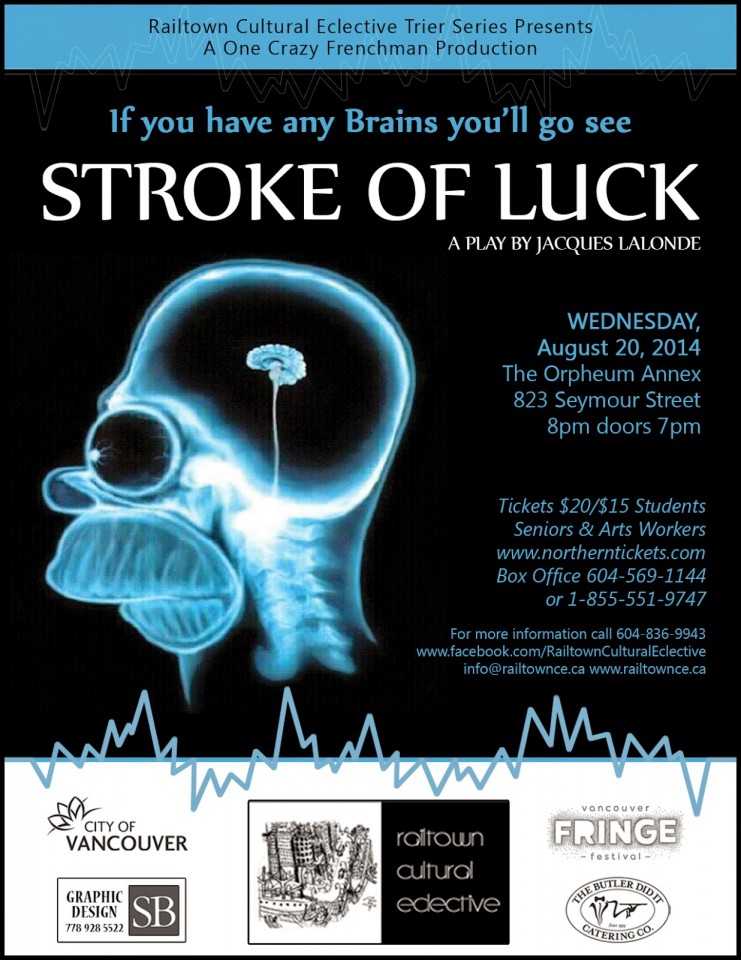