Women in Science, Health and Innovation: Leadership Looking To The Future 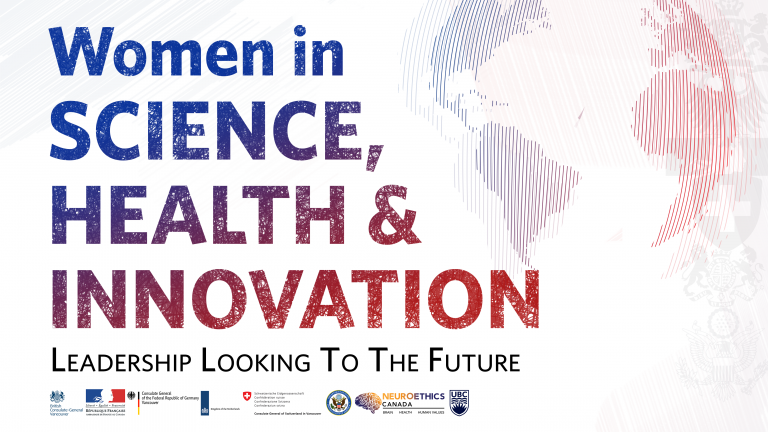 On the occasion of International Women’s Day,

the Consulates-General of France, Germany, the Netherlands, Switzerland, United Kingdom, and the United States, and Neuroethics Canada at the University of British Columbia cordially invite you to attend the conference:

“Women in Science, Health and Innovation: Leadership Looking To The Future”

Get your free tickets here:
https://wshi2019gen.eventbrite.com/?aff=NC

Dr. Corinne Alberti was trained in primary care, nephrology, intensive care medicine, and epidemiology at the Paris Diderot University. In 2004, she was appointed Director of the Clinical Epidemiology Unit at Robert Debré Pediatric Teaching Hospital, Paris; and, in 2008, Full Professor in public health, with a specialty in epidemiology. Her research is focused on issues specific to pediatric research. In public health, her work focuses on care pathways in adolescents with chronic illness. She is the Director of the Clinical Reseach Unit at the Robert Debré Pediatric Teaching Hospital, and the Co-Director of the research unit ECEVE (Inserm and Paris Diderot University) – Clinical Epidemiology and Medico-economic Evaluation for Vulnerable Populations. Since 2017, she leads the Public Health Institute at Inserm / Aviesan and the Institute of Research in Public Health (IReSP). She recently authored a paper on “Gender and access to professorships in academic medical settings in France” (Medical Education 2018).

Robin Bennett, MS, LGC, PhD (hon), is a board certified senior genetic counselor and clinic manager for the Genetic Medicine Clinic and Center on Human Development and Disability at UW Medical Center and a UW professor of Medicine and Medical Genetics.

Dr. Bennett is a forerunner in developing genetic counseling practice recommendations and criterion for pedigree nomenclature that are now the world standard. She is a former president of the National Society of Genetic Counselors and recently became the first genetic counselor named to the American Society of Human Genetics

Dr. Bennett earned her M.S. from Sarah Lawrence College and her honorary Ph.D. from Kenyon College in Ohio. She is a recipient of the UW Distinguished Staff Award and Patient and Family Educator Award, the Natalie Weissberger Paul Lifetime Achievement Award from the National Society of Genetic Counselors (NSGC) and the NSGC Regional Leadership Award. Her work on genetic counseling practice guidelines was a NSGC Best Abstract, and its publication in the Journal of Genetic Counseling received worldwide acclaim. 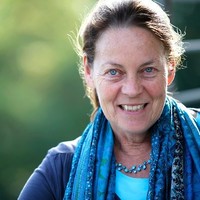 Dr. Ineke Klinge chaired the Horizon 2020 Advisory Group on Gender at the European Commission (2014-2018). This work will be continued in an expert group entitled Gendered Innovations 2 to build a bridge to the next Frame work Programme Horizon Europe (2021-2027. In 2015 she was visiting professor of Gender Medicine at the Institute of Gender in Medicine (GiM) at Charité, Universitätsmedizin Berlin in 2015. Her background lies in biomedical sciences and gender research and her work has focused on innovation of methodologies for biomedical and health research. Since 2000 she has coordinated many EU funded projects and was a pioneer in raising awareness for integration of sex and gender in research and innovation in EU framework programmes.

She also contributed to providing tools for the research community to take account of sex and gender (GenderBasic project, Special volume: Bringing gender expertise to biomedical and health research). Her book Sex and Gender in Biomedicine. Theories, Methodologies, Results was published in 2010 (University press Göttingen). In the EU/US Gendered Innovations project together with Londa Schiebinger from Stanford University (2011-2013) methods of sex and gender analysis for basic and applied research were elaborated and case studies were presented to show the added value and creative power of sex and gender analysis. She served on advisory boards of diverse national and International projects. She is currently involved in a number of EU funded projects (LIBRA, Gender Academy) and advisory board member of the Institute for Gender and Health (IGH), Canada. Professor Klinge is member of the programme committee of the Gender & Health research programme funded by the Ministry of Health, Wellbeing and Sports in the Netherlands. In October 2017 the Dutch Society for Gender & Health was launched of which she is the first president.

Before becoming Canada’s Chief Science Advisor, Dr. Mona Nemer was Professor and Vice-President, Research, at the University of Ottawa and Director of the Molecular Genetics and Cardiac Regeneration Laboratory. Her research focused on the heart, particularly on the mechanisms of heart failure and congenital heart diseases. She is the author of over 200 highly cited publications that have appeared in prestigious scientific journals. Her work has contributed to the development of diagnostic tests for heart failure and the genetics of cardiac birth defects. She has trained over 100 students from various countries.

Dr. Nemer has served on several national and international advisory committees and executive boards, and is the recipient of many national and international honours. She is a Member of the Order of Canada, a fellow of the Academy of Sciences of the Royal Society of Canada, a fellow of the American Academy of Arts and Science, a Knight of the Ordre national du Québec and a Knight of the French Republic’s ordre national du Mérite. She has also been awarded honorary doctorates from France and Finland. 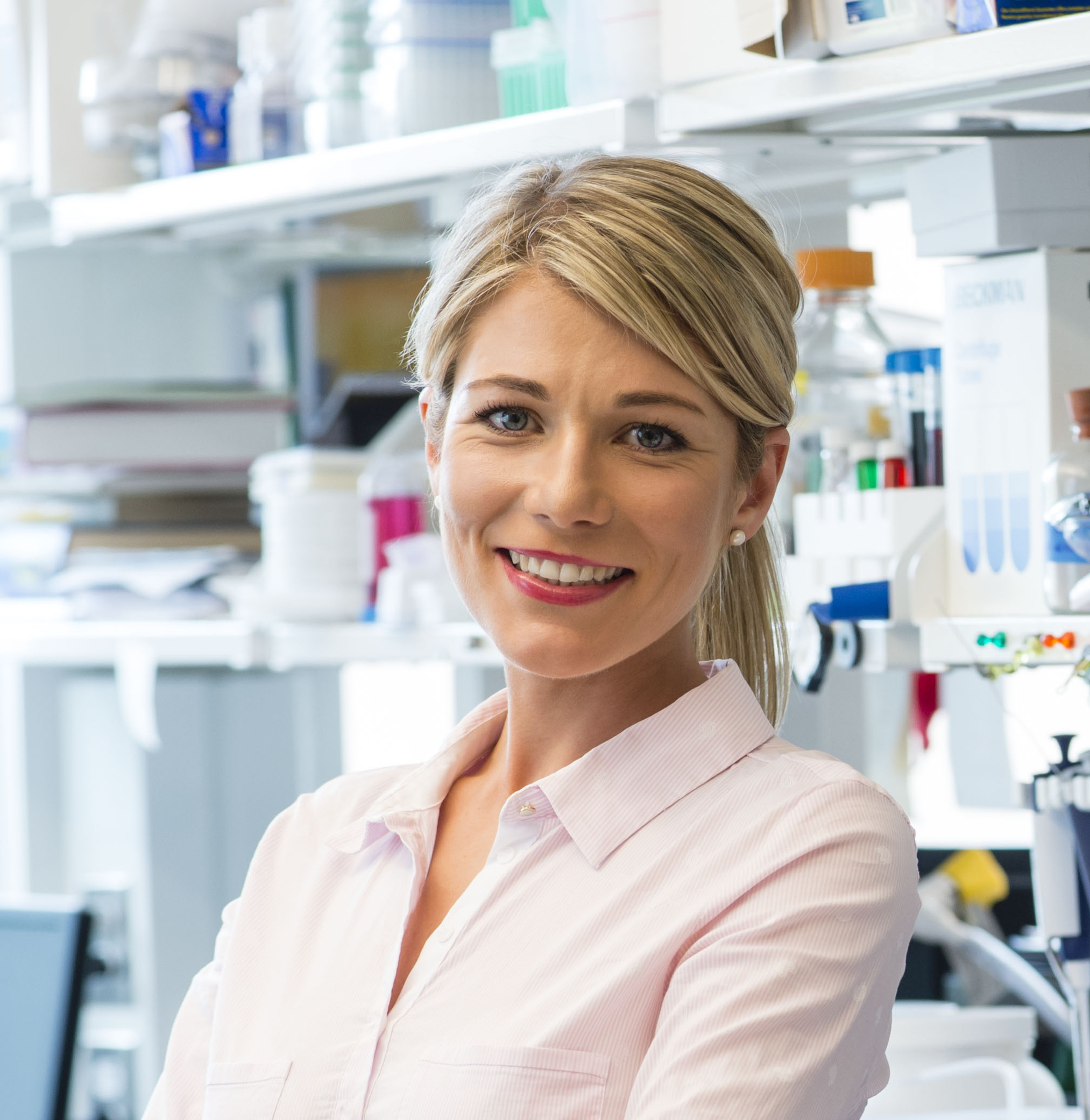 Dr. Simone Schürle is Assistant Professor (Tenure Track) for Responsive Biomedical Systems at the Swiss Federal Institute of Technology in Zurich (ETHZ), Switzerland. Her group develops diagnostic and therapeutic systems at the nano-and microscale with the aim of tackling a range of challenging problems in health care. Prior to taking this position, she was postdoctoral fellow at the Koch Institute for Integrative Cancer Research at MIT, researching nanosensors for in vivo tumor profiling as well methods to enhance drug transport into tumor tissues (2014-2017).

Dr. Schürle earned her PhD from ETHZ in 2014 where she focused on magnetic manipulation techniques for biomedical applications at the Institute of Robotics and Intelligent Systems. She was awarded with the ETH medal for her doctoral thesis and with fellowships from the Heinrich Hertz foundation, Swiss National Science foundation, German Academic Exchange Network, and the Society in Science for her research. She was honored with the distinction of “Young Scientist” by the World Economic Forum (WEF) for her contributions integrating her scientific knowledge into society for the public good and she served to the WEF Global Future Council on Human Enhancement. She is also co-founder of MagnebotiX, an ETHZ spin-off. 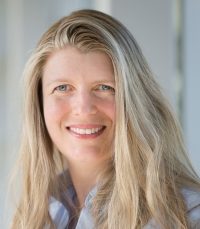 Dr. Lesley Shannon’s primary area of interest is Computing System Design, including architectures, design methodologies, and programming models. Prof. Shannon is actively engaged in promoting science, engineering, and technology careers to women. She serves as a faculty advisor to the Women in Engineering Group and also currently the faculty advisor of SFU WEST, SFU’s new Women in Engineering, Science and Technology group. 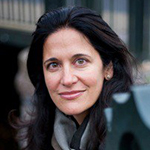 Dr. Ilina Singh is Professor of Neuroscience & Society at the University of Oxford, where she holds a joint appointment between the Department of Psychiatry and the Faculty of Philosophy (Oxford Centre for Neuroethics and Uehiro Centre). Her work examines the psychosocial and ethical implications of advances in biomedicine and neuroscience for young people and families. Recent projects include the ADHD VOICES project (www.adhdvoices.com); Neuroenhancement Responsible Research and Innovation (www.nerri.eu); and the Urban Brain Project (www.urbanbrainlab.com). In 2014, Professor Singh received a Wellcome Trust Senior Investigator Award for a study entitled: Becoming Good: Early Intervention and Moral Development in Child Psychiatry.

Dr. Singh has published widely in eminent journals, including Nature, Nature Reviews Neuroscience, Social Science and Medicine, and the American Journal of Bioethics. She is the lead editor of a new volume: BioPrediction, Biomarkers and Bad Behavior: Scientific, Ethical and Legal Challenges (co-edited with Walter-Sinnott Armstrong and Julian Savulescu), published by Oxford University Press. She has acted as an advisor to the Nuffield Council on Bioethics, NICE, NIMH and other organisations. She is co-editor of the journal BioSocieties and on the editorial board of the American Journal of Bioethics-Neuroscience and Qualitative Psychology.

Dr. Christiane Woopen is Professor of Ethics and the Theory of Medicine at the University of Cologne. She is also the Executive Director of the Cologne Centre for Ethics, Rights, Economics, and Social Sciences of Health (Ceres).   Her positions also include the Head of Ethics Research Unit and Vice Dean for Academic Development and Gender at the University Hospital Cologne.  She is the coordinator and leader of several international and national research projects concerning ethical aspects of reproductive medicine, neuroethics, quality of life, aging, genome editing as well as health and society in the digital age. She is the former chair of the German Ethics Council, President of the 11th Global Summit of National Ethics/Bioethics Committees 2016 and was, amongst others, a member of the International Bioethics Committee of UNESCO. In April 2017 she was elected Chair of the European Group on Ethics of Science and New Technologies (EGE). Since September 2018 she is Co-Chair of the German Data Ethics Commission. Prof.  Woopen received her medical degree from the University of Bonn and worked in gynaecology and obstetrics before focusing on bioethics. She has been awarded the Federal Cross of Merit 1st Class.

Dr. Judy Illes is Professor of Neurology and Canada Research Chair in Neuroethics at UBC. She is Director of Neuroethics Canada, and faculty in the Centre for Brain Health and at the Vancouver Coastal Health Research Institute.

She received her PhD in Hearing and Speech Sciences, and in Neuropsychology at Stanford University, and became one of the pioneers of the field of neuroethics formally established in early 2000. Dr. Illes’ research, teaching and outreach initiatives are devoted to ethical, legal, social and policy challenges at the intersection of the brain sciences and biomedical ethics.

Dr. Illes also holds associate appointments in the School of Population and Public Health and the School of Journalism at UBC, and in the Department of Computer Science and Engineering at the University of Washington in Seattle, WA, USA, and is a Life Member of Clare Hall at Cambridge University. She is Vice Chair of the Standing Committee on Ethics of the Canadian Institutes of Health Research (CIHR), and Vice Chair of the CIHR’s Internal Advisory Board of the Institute on Neuroscience, Mental Health and Addiction. She was elected to the Royal Society (Life Sciences) in 2012, to the Canadian Academy of Health Sciences in 2011, and to the American Association for the Advancement of Science (Division of Neuroscience) in 2013. Dr. Illes was appointed to the Order of Canada in December 2017.

Pres. Santa Ono was installed as the 15th President and Vice-chancellor of the University of British Columbia on November 22, 2016.

With a PhD in Experimental Medicine from McGill University in Montreal, Dr Ono has worked as a professor of medicine and biology at prestigious academic institutions such as Harvard University, Johns Hopkins, and University College London. His research is dedicated to disorders of vision, such as eye inflammation and age-related macular degeneration – a leading cause of blindness.

Pres. Ono has been inducted as a Fellow of the Canadian Academy of Health Sciences, the American Association for the Advancement of Science and the National Academy of Inventors in the USA, among others.
As a visionary university administrator, he is deeply committed to diversity, and his achievements in advancing racial and ethnic minorities in higher education are recognized nationwide and beyond. In 2017, he received a Professional Achievement Award from the University of Chicago, an honour he shares with luminaries whose names may be familiar to you: Carl Sagan, Ed Asner and Kurt Vonnegut.

Pres. Ono is also a music lover, whose tastes range from Rachmaninoff to Rihanna. Remarkably, he still finds time to sing and play his cello – even taking to the concert stage to perform on occasion.